Epilepsy is a neurological disorder that affects the central nervous system. It causes seizures that range from mild to severe.

Anyone may have an unexplained seizure once during a lifetime. It’s also possible to have one that is provoked by an illness or injury. But a diagnosis of epilepsy means having two or more unprovoked seizures.

Epilepsy can be treated, and precautions can control seizures and minimize injuries. In fact, most people with epilepsy live long and normal lives, including these celebrities. Check out what these 12 famous people with epilepsy have to say about their condition, and see where you might draw some inspiration of your own.

Rap superstar Lil Wayne recently came clean about the condition he has dealt with for much of his life. In 2013, he was hospitalized when he had a series of seizures. They occurred after shooting a music video, and it was assumed they were brought on by a busy schedule and lack of sleep. Recalling this frightening time, Wayne said, “No warning, no nothing, I don’t feel sick. I get headaches real bad. And the headaches? I didn’t get no headaches or nothing.”

After recovering, Lil Wayne opened up in an interview about having multiple seizures throughout his life. In talking publicly about his epilepsy and what it feels like to have a seizure, the rapper is helping to shed light on the condition for his millions of fans. He also has made it a point to let his fans know that epilepsy won’t damper his career plans or schedule, saying that his doctor “didn’t tell me to do too much that a human doesn’t do anyway. Sleep and eat right, that’s about it.”

While the 26th President of the United States was perhaps best-known for his conservationist efforts, Theodore Roosevelt also stayed active outdoors in the face of numerous health conditions. Among these were asthma, eye problems, and epileptic seizures. While Roosevelt didn’t speak about epilepsy directly because of stigmas and eugenic movements during the time he was alive, he did speak out about overcoming challenges.

He was quoted as saying, “Far better is it to dare mighty things, to win glorious triumphs, even though checkered by failure … than to rank with those poor spirits who neither enjoy nor suffer much, because they live in a gray twilight that knows not victory nor defeat.” He also said, “Courage is not having the strength to go on; it is going on when you don’t have the strength.”

Indeed, quotes such as these can inspire anyone. But they may especially inspire those who battle specific challenges, like epilepsy, on a regular basis. Despite his health challenges, Roosevelt was known for being active. He was involved in numerous professional pursuits throughout his life. 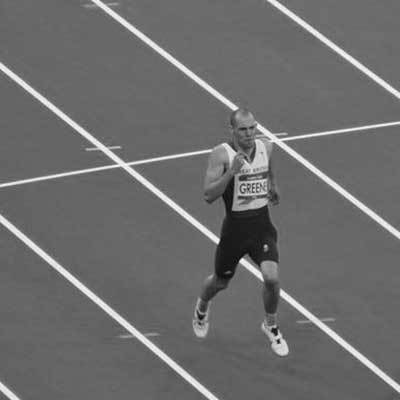 Olympic athlete Dai Greene is an example of how lifestyle habits can make a real difference to your health. The British track and field hurdler has epilepsy, but he hasn’t had a seizure in years.

After medications failed to eliminate his seizures, Greene realized that alcohol, stress, and lack of sleep triggered them. He changed his lifestyle, cut out alcohol, and started eating better.