Participants shared knowledge, and took part in discussions, lectures, debates, brainstorming sessions, Ask the Expert sessions and the new Talking Shop format, as well as more than 700 presentations of original data in platform sessions and posters. The Presidential Symposium, awards and a music-and-dance-filled opening ceremony rounded out five days of education, connection, camaraderie and commitment to improving the lives of people with epilepsy. 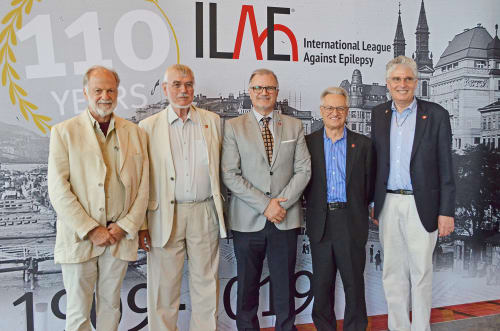 More than a dozen informal, interactive “Talking Shop” sessions were organized by regional and topical commissions. Their goals were to let members know what the commissions are working on, define problems that need to be addressed and seek ideas from members. The sessions included shorter lectures, with more time for questions and interaction. They appeared to be wildly successful, with many participants staying after the time was up, in order to continue discussions.

The congress also hosted six debates. Topics included whether to recommend medical marijuana for uncontrolled focal seizures, whether to taper medication in certain patients with well controlled epilepsy, whether the new classifications of seizures and epilepsy truly improve diagnosis and treatment, and whether smartphones could help to distinguish between epileptic and psychogenic non-epileptic seizures.

In addition, the program included more than 40 other sessions, with topics such as status epilepticus, neuroimaging, pediatric and adult epileptology, neuropsychology, basic science, genetics, surgery, drug-resistant epilepsy, surgery and treatment.

Education remained a top priority; this congress saw the advent of an unusually robust teaching program. Eight courses were offered: a full-day course on neuroimaging, four half-day courses and three shorter courses. Many of the courses enjoyed full registration. In addition, multiple 90-minute teaching sessions were held throughout the congress: two on Sunday, Monday and Wednesday and three on Tuesday.

The third IEC Leadership Development Course welcomed 30 young leaders from around the globe for a day and a half of sessions in Bangkok. Topics included optimizing your leadership style, strategic planning, communication, running effective meetings, conflict resolution and more